On Monday, June 20th, the Waterloo City Council accepted a grant from the Iowa Department of Transportation.  The grant, in the amount of $2,197,573, will be directed for the future design and construction services of a Covered Canopy Parking Structure System for the passenger parking lot at Waterloo Regional Airport. Keith Kaspari, Airport Director at Waterloo Regional Airport, provided comment, “I would like to take this opportunity to say thanks to many folks around the State, such as, Governor Kim Reynolds for her thoughtful and forward-looking consideration and approval for making a significant investment in Iowa’s Aviation Infrastructure of the eight Commercial Service Airports; the entire Iowa Department of Transportation including Staff with the Aviation Bureau; the Office of Mayor Quentin Hart and the Waterloo City Council; and, the members of Waterloo’s Airport Advisory Board.” 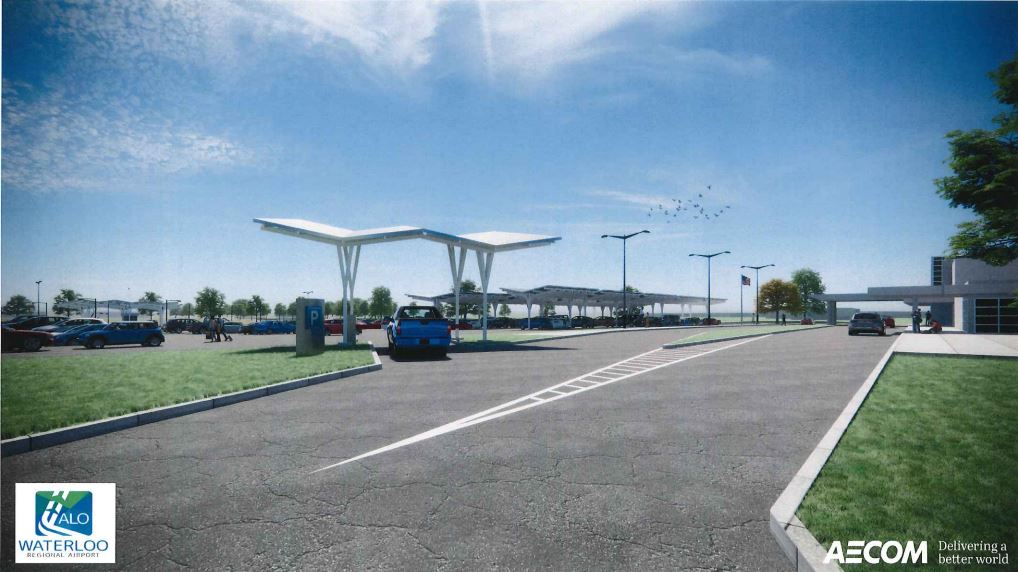 Kaspari continued, “This project, once complete, is one of many phases of work that has been planned for the landside area of the airline passenger terminal building that began in July of 2018 with a new passenger parking lot payment system which has been a huge success; new LED light poles and fixtures for enhanced lighting for passenger and employee safety in addition to utility efficiencies; pavement rehabilitation of both Betsworth Drive and Livingston Lane; and, with this announcement, Staff is projecting a covered canopy parking structure to begin with the north-half of the parking lot and working south until the majority of the parking lot is covered.” 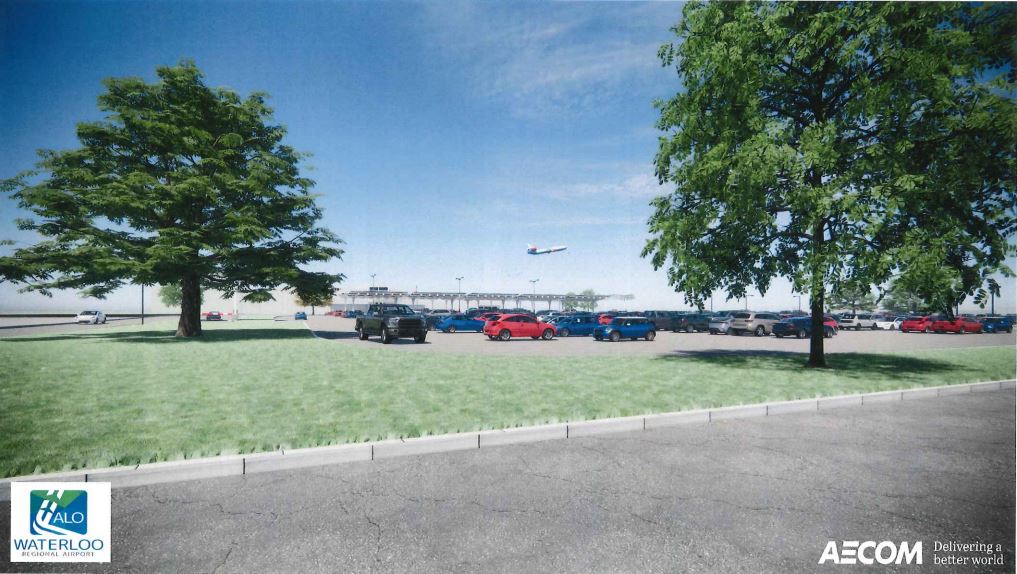 Kaspari closed with final comment, “City and Airport Advisory Board members believe that once complete this project will be very well received by passengers and the general public for using the parking lot for both business and leisure travelers, but also the general pickup and drop-off of passengers from the terminal building – especially during periods of adverse weather.”

As part of the final phase of work, Staff is also planning for the installation of under-canopy LED lighting fixtures, in addition to new surface pavement to the north-half of the parking lot prior to commissioning the new covered structure.”

Read more about this in a recent article in the Waterloo/Cedar Falls Courier by clicking here.